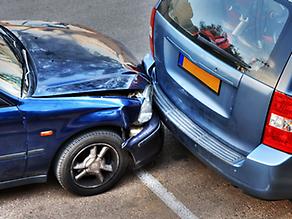 Insurance is the bane of any motorist…except those that don’t have any and leave the rest of us to pay the cost. So it’s hardly surprising to learn that insurance costs over the past year have rapidly outpaced inflation. According to research complied by price comparison website, confused.com, an average policy in the UK now costs a staggering £844. Working in collaboration with global consultancy, Towers Watson, the high profile website published its research and revealed that the price inflation doesn’t consistently apply throughout the country. In fact, there is quite a difference between the rises, depending on what part of the country your Sat Nav has directed you to. In Bradford, for example, car insurance rose by a rather eye watering 17.1%, while forty miles south-west, Bolton was up by 11.7%. Interestingly, in a few rare parts of the country, costs actually went down, with Falkirk in Scotland leading the pack with a drop of 4.6%. Indeed, the Scots largely managed to dodge the price hikes and residents in Edinburgh were equally lucky in seeing their premiums falls by 3.7%.

Yet despite the good news for a lucky few, most areas saw considerable rises, with comprehensive insurance increasing by an average of 4.9%, whilst third party, fire and theft premiums rose by 10.2%. Postcodes which had the fastest rising prices included Oldham, Manchester, East London, Liverpool and Birmingham, where a spate of nefarious insurance claims by organised gangs of criminals has helped push premiums higher.

However, the fact that this postcode lottery is disproportionately affecting those in inner cities looks likely to further widen the gap between rich and poor, the latter finding it increasingly more expensive to use any form of transport now that train tickets have seen a hike of 2% above inflation. So, something clearly needs to be done and the answer is, as usual, GPS. Because the use of black box technology, such as that being pioneered by the Co-Op, will link premiums to the actual driving patterns of the individual and not just where they live. Factors such as the time of day a customer chooses to drive, their speed and even braking, acceleration and cornering will be taken into account when calculating an individual cost. As such, this is a premium that won’t be affected by having to subsidies moronic yahoos without either insurance or sense. Handy for those of us who live in West London (and further afield).