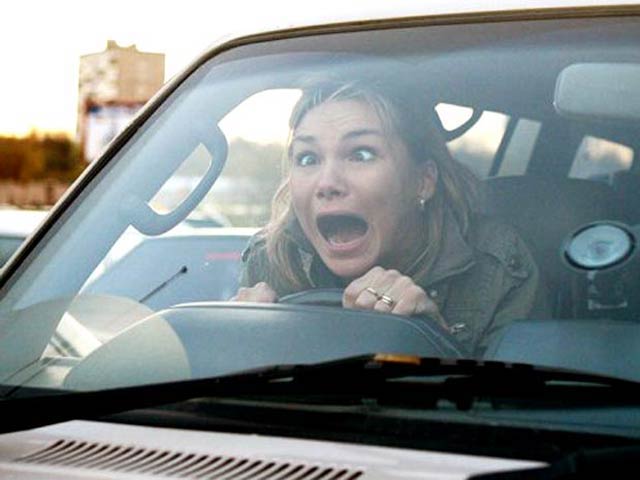 I’m treading on tentative ground here, so I shall choose my words very, very carefully. But it seems that behind the age-old stereotype that women aren’t very good at parking, a shred of truth might lurk. I don’t speak from personal experience, you understand. Nevertheless, one of the benefits of being a GPS evangelist is that any calls to “get lost” are rather redundant: I shall always be able to find my way back home safely. Whether or not I make it to my front door, after this post, is another matter; global positioning systems don’t yet have the ability to warn you of imminent death by skinning.

Women, it seems, just aren’t as good as men at parking. Don’t get me wrong, this isn’t prejudice speaking: this is cold, hard fact, disclosed by no less an authority than the Driving Standards Agency. For it seems that ladies are twice as likely as men to fail their driving test for terrible reversing. Indeed, the figures are incontrovertible:  with a total of 40,863 women failing last year for not controlling their car while reverse parking, compared with 18,798 men.

Overall, women made some 942,000 serious or dangerous errors which caused them to fail the rigorous exam. My inner Bernard Manning is tempted to say this figure represents the average per candidate, but frankly I fear for my safety. In point of fact, us blokes don’t fare much better: we clocked in with just over 718,000 serious errors.

The most frequent reason for failure by either sex was failing to look properly at junctions: with 112,185 women and 88,990 men failing the necessary standard. In the car, as in life, it seems that both sexes have their strengths and weaknesses. Women were more likely to be marked down for failing to control their car properly when changing gears and turning, whilst men were much more likely to flunk the exam due to speeding, not obeying road signs or failing to heed traffic lights.

In fact, slightly over 5 per cent of men failed their test almost as soon as it had started, by not moving off with necessary caution.

The difference between the sexes’ driving styles has long been the subject of many a pub discussion and, interestingly, quite a few scientific studies. Researchers at the Ruhr University Bochum, in Germany, set 65 volunteers the task of parking a £23,000 Audi and discovered that women took, on average, 20 seconds longer than men. Hardly what one would call scientific.

Perhaps more credible is research carried out by the University of Warwick psychologist Dr Zachary Estes. His study suggests that confidence might be at the heart of the matter. His tests have shown that a lack of confidence is a significant factor in women’s tendency to struggle in tasks that required elevated levels of spatial awareness. Most significantly, notable increases in ability were evidenced when self-belief was boosted.

It would therefore seem that, once again, in driving, as in life, it’s us men who are to blame.