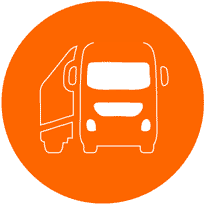 David has a number of vehicles traveling across the UK each day. As his fleet grew it was becoming increasingly difficult to manage all his trucks and drivers.

On top of this, the ever-increasing burden imposed by regulations such as the Working Time Directive meant much more administration, much more paperwork and less time in the day to sit back and think about the bigger picture.

David was also seeing increasing congestion at ports and longer waiting times while his trucks were processed. This was leading to fines and penalties for late delivery even though his trucks were arriving at the port on time.

By providing AutoAlert units in each vehicle combined with a central web-based control centre, David now has all the information he needs at his fingertips.

David can instantly see the latest location of all his vehicles and zoom down to street level. He can see the current driving and working times for each vehicle along with last weeks totals. This means David knows instantly whether he can allocate another job to a driver or whether his drivers needs to take a break.

David also gets alerts when any of his vehicles have entered or left a specific area such as a port, a clients deport or even a junction on the M25.

This led to a number of improvements for David including improved customer service as David could instantly tell where his trucks were when a customer enquired.

He faced lower fines and penalties for late delivery as David could prove arrival times at the port and pass back fines which were due to port congestion rather than late delivery.

Vehicle tracking also improved morale among David’s drivers as they get on with driving rather than having to keep answering the phone to advise of their current location.